The same conference also featured many other BPF related talks which we will cover in follow-up blog posts. In particular interesting will be Nikita V. Shirokov's (Facebook) talk XDP: 1.5 years in production. Evolution and lessons learned where Nikita shows the impressive difference between IPVS and BPF under heavy load as well as Vlad Dumitrescu from Google talking about Scaling Linux Traffic Shaping with BPF where Vlad and others share their experience deploying BPF to production solving scalable traffic shaping.

Problems of the existing iptables firewall

Anant started his talk providing the background on the need to replace the existing iptables firewall with BPF. At the root of the problem lies the sequential nature of the iptables policy engine. To demonstrate this, Anant showed a simplified version of the code used to traverse a list of rules:

Logic such as this was common 20 years ago when iptables was created. A primary reason for this model was that most hardware-based firewalls were configured using sequential list of rules. However, while hardware-based firewalls primarily used TCAM for its parallel search capability and constant processing speed, the iptables implementation in software has always been suffering from linearly increasing CPU utilization as more rules are being added to a table. The performance suffers in particular if packets are frequently hitting rules in the lower parts of the table.

To illustrate this, Anant showed and explained the iptables ruleset that previously applied to all network traffic entering any of the datacenters. The purpose of the rules is to filter out unwanted traffic to protect the load balancers from DDoS and other attacks. As you can tell based on the ruleset, even though the ruleset is quite optimized to allow matching the majority

Why is there no rule matching on the connection tracking state and allowing all established connections as seen in common iptables rules sets? The overhead of the iptables/netfilter connection tracker would simply bring any machine to its knees when being hit with the common Facebook traffic pattern.

Benefits of a BPF-based firewall

What exactly can BPF do better? The slide that Anant presented listed the following overview:

Performance: The performance aspect is the most important. By using efficient BPF map data structures, the sequential lookups can be avoided and the performance of the firewall is increased significantly. But even more importantly, a DoS attack on closed ports which previously hit the default deny rule at the end of the rules set is no longer effective to impose an unnecessary load on the infrastructure.

XDP: XDP is a special BPF mode which enables BPF programs to take control over network packets at the network driver level. This brings additional performance benefits due to decreased overhead and more importantly allows to run the firewall right in front of the existing BPF-based load balancer. The chaining is done using BPF tail calls which is a function call like construct with excellent performance attributes. As requirements change, Facebook engineers can write additional programs to provide rate limiting, additional filtering, or other custom logic and simply hook the programs into the chain. The flexibility of BPF allows creating matching logic at arbitrary offsets in the packet and provides powerful logic to handle any upcoming DoS scenario or filtering requirement.

Manageability: The performance of BPF is outstanding and often an initial motivation to get involved in BPF but infrastructure engineers ultimately fall in love with BPF due to its flexibility, programmability, and manageability. Bits in network packet headers can be arbitrarily interpreted and re-purposed, policy can be decoupled from the network topology by creating a logical mapping via packet attributes, visibility at any network layer is a matter of writing the respective program. An extensive userspace API allows interacting with programs to export statistics, update maps and atomically replace BPF programs.

The illustration below shows a simplified view of the BPF program that implements the equivalent of the iptables rule set as shown before. A single BPF map lookup per tuple using an LPM (Longest Prefix Match) table maps the network topology to a logical policy which is then interpreted. The policy logic itself is not that different from before, it still allows to use a list of logical conditions to implement precedence. Unlike the individual iptables rule matching function which translates into hundreds or thousands of CPU instructions with a series of memory accesses. The BPF implementation translates into a small number of CPU instructions with the logic implementing the policy all using register-based accesses.

Facebook often doesn't publish absolute numbers in terms of performance so we don't see the exact absolute CPU utilization but the comparison between iptables (orange) and BPF (blue) clearly indicates how the utilization stays constant for the BPF firewall while the iptables firewall suffers from a peak of increased CPU utilization which translates to a successful DoS attack and unnecessary load on the infrastructure.

The firewall described in the talk is specific to Facebook's edge use case which has the most specific performance requirements. There are many other use cases for firewalls where performance is still important but reconfigurability and flexibility start becoming more important as well. For this reason, Anant also provided insights into some ongoing projects:

The presented BPF program can be generalized a bit to make it more flexible. Facebook engineers have written a prototype which can translate a set of limited iptables rules into a BPF program and map. The per-packet algorithm is similar to the program discussed in the first part of the talk with a single BPF map lookup per tuple. Instead of the verdict, the value of the BPF map carries a bit array which describes the verdict based on the rule position.

The full details can be found in the slides and paper. As of now, the prototype still has some restrictions such as no support for REJECT rules.

As known publicly for a while, the kernel community is working on replacing the in-kernel portion of iptables with BPF. Anant provided an update on this project called bpfilter. Unlike the prototype described in the previous chapter which works by having the user pipe iptables-save output into a python program that generates a BPF program. The bpfilter program handles the conversion from iptables to BPF as part of a kernel interface to provide seamless backward compatibility. The goal is to allow users to continue using iptables as-is while providing a more performant implementation.

Anant provided great details on Facebook's BPF use to build a highly efficient and flexible firewall that complements the existing BPF-based load balancer. The new firewall demonstrates constant CPU utilization regardless of the type of traffic that is being processed and has become immune against DoS attacks. The main reason listed for the migration away from the outdated iptables model is the sequential matching semantics of iptables and the superior performance and manageability of the BPF subsystem.

A recording of the talk should become available in a couple of weeks on the microconference page.

This post covered one of the many exciting talks on the topic of BPF, both the BPF and Networking microconference where overflowing with BPF related talks. To pick just a few:

You can find the full list of talks including slides and papers on the BPF and Networking microconference websites. If you want to learn more about BPF, dive into the BPF and XDP Reference Guide.

If you are interested in leveraging BPF and XDP for networking, policy and load balancing in the context of containers, Kubernetes and microservices then have a look at Cilium. 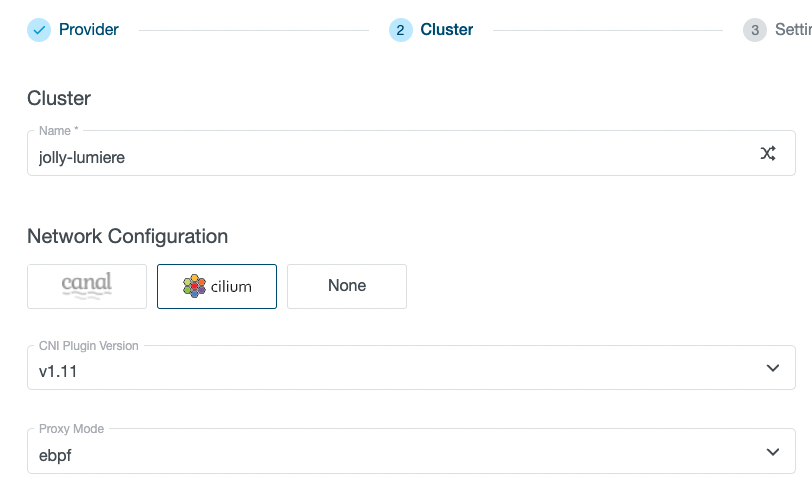